Brampton Transit By the Numbers:

“Inspired” by Kevin MacLeod is licensed under CC BY 4.0

A feature episode on the city of Brampton, Ontario, a car-centric suburb that’s achieving and sustaining impressive ridership growth through its “Transit First” approach to planning, operations, and policy. 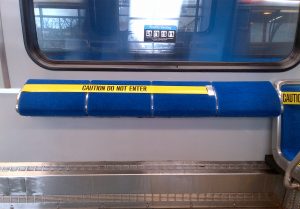 A very special episode that examines how the COVID-19 pandemic has affected transit in three Canadian cities: Toronto, Windsor, and New Westminster.

LRT (Light Rail Transit) – Rapid transit that has similar capacity and speed of a subway, but more cost-effective due to being above ground.

Metrolinx – The regional transit planning agency of the Government of Ontario that is overseeing the Ontario Line subway proposal.

Example: Crosslinx is the P3 contract for the construction of the Eglinton Crosstown LRT (or Line 5) in Toronto.

City of Toronto and TTC Assessment of the Ontario Line (PDF)

In the pilot episode of The Next Stop, Helen Lee and Vincent Puhakka share why they want to explain and demystify transit in Toronto and beyond.